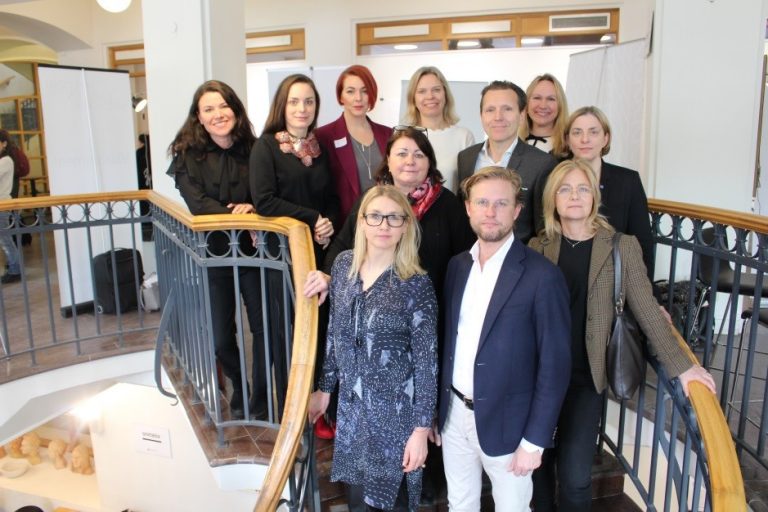 The #metoo-movement is strong in Sweden. More or less each line of business has its own appeal. But few have taken such concrete measures as the marketing sector. In November 2017, four women from advertising and PR agencies in Stockholm summoned a call under the hashtag #sistabriefen (the last brief). It was addressed to employers and industry organisations with a clear assignment to stop discrimination, harassment and abuse. And they requested clear account of the actions and the results…

The response was immediate. Ten days after the call, leaders of 11 industry organisations joined forces to take action. Together, they represent basically the whole marketing industry. From the Advertisers Association, Communication Agencies, Content Agencies, Marketing Confederation, PR Agencies, trade unions, employer organisations and more. Some of them are each other’s counterparts, others are competitors. But they all agreed that they have an important, shared role to educate and guide their members.

Recently the trade associations and the network #sistabrief gathered to discuss the work initiated and the route ahead.

The trade organisations stressed that they are in the beginning of the process, and there is a lot more to do. But among the concrete measures taken, so far, is the development of a web page, #kommunikationskoden (the communication code), with common ethical rules and other information. The trade union, DIK, has opened a telephone line for whistle-blowers, both their members and others.

A special certifying education for employers and employees is being developed to ensure that the awareness will increase. Agency search consultants have also noted that ethical rules and gender equality has become an obvious matter to address in every process of starting a new cooperation between agencies and their clients.

The promoters of #sistabriefen pointed out, after the meeting, that they also want a measuring system which would enable tracking future development and ensure real change. And change will come; there is no turning back any more.

What does ‘Feminism’ mean to you? 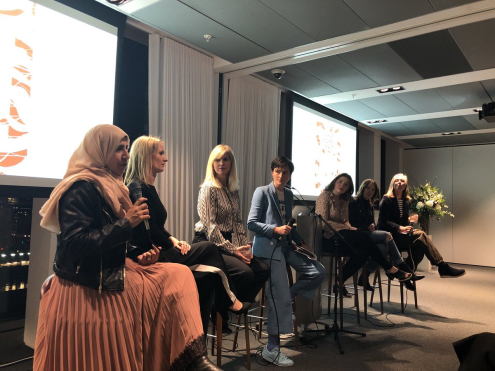 By Rebecca Fennelly
Feminism is defined as the advocacy of women’s rights on the ground of the equality of the sexes.

I didn’t identify with being a feminist until quite recently. I’ll be the first person to admit that in the not-too-distant past there were times I thought Feminism (my depiction of it) was hindering gender equality as much as it was helping it.

What has changed for me?
Well, for one thing, I think I am a little less ignorant than I used to be…

With the birth of incredibly powerful movements like #MeToo and #TimesUp, gender issues are at the forefront of the global political agenda, more than they have been for a very long time.

I was delighted to be invited along to ‘The Changing Face of Feminism’ event, created and hosted by Ogilvy & Mather and Women In Marketing.

It was a truly fantastic evening that aimed to bring generations and cultures together at this pivotal time to dissect how feminism has evolved and where it is headed. This provoked some hugely insightful and impeccably timed discussions.

I came away from the evening feeling enlightened and energised. Here are just some of my main take-aways:

1. Lisa Jedan, Global Head of Brand PR at Bacardi-Martini told us that traditional views of gender are moving faster in CULTURE than they are in ADVERTISING, and this is happening at a time when brands are trying to reach women more than ever.

2. Ella Dolpin, CEO of Shortlist Media, asked “Are we at risk of creating a dialogue that makes men afraid to have an opinion about women’s rights?”. She discussed how that was not a solution we needed.

3. Victoria Buchanan of The Future Laboratory revealed estimations say it is going to take 116 years until the global pay gap between men and women is closed. This gap exists everywhere, and it is WIDENING for the first time since records began.

4. Cindy Gallop’s presence at the event was felt as her ever-powerful and relevant words – directed squarely at the ad industry – were put on big screen during the panel session – “Stop Talking About It, Start Doing It. Put Your Money Where Your Mouth Is”.

Throughout an evening of discussion and debate, opinions differed, disagreements were had, and conversations got heated. But one thing remained clear throughout: Unity amongst us all is crucial.

Whatever your definition of feminism is, whatever your skin colour, age, religion, sexual orientation, what we need now more than ever, is unity and collaboration in our efforts to bring about true gender equality.

In the words of Maya Angelou, “I’m a feminist, I’ve been female for a while now. It’s be stupid not to be on my own side” 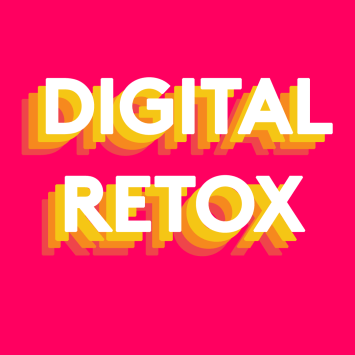 Digital Mums has launched a brand-new training programme for all mums whether working full time, part time or on a career break. They’ve called it Digital Retox® because it’s all about immersing yourself in the world of digital and indulging in all the new workplace tools and trends out there. And because training only takes 3-6 hours a week, it’s ideal to do alongside work or parenting commitments…

Digital Mums has launched Digital Retox® in response to conversations with mums who felt like the digital revolution was passing them by, both inside and outside the workplace. The course is designed to fast-track student’s understanding of the key digital technologies and skills crucial to the modern workplace. This includes how to develop your personal online brand – your ‘Digital Me’ – so you can showcase your skills to the full and hustle for the roles – and pay – you deserve. Students will also get the lowdown on new communication and organisation technologies such as Slack, Trello and Touchcast and be introduced to in-demand skil ls like coding and programming, social media and data-driven decision making. To cement their learning, students will undergo weekly challenges to build new found digital skills, and crucially overall confidence.

Digital Mums has almost completed its first pilot of the Digital Retox® training. Only half way into their training and already 86% of their 72 students feel more digitally confident since taking part in Digital Retox® and 8 in 10 believe they’ve developed their skills set.

The second Digital Retox® pilot, starts on 14 May 2018 and the lovely people at Digital Mums are offering this fabulous community the chance to join their digital first army of mums for a special price of £270 inc VAT. For more details on how to build your digital skills and boost your confidence, and to claim your 10% discount, just go here.